Bhubaneswar : A Special Task Force of the Odisha Crime Branch today arrested a poacher and seized leopard skin, a SBML gun, around 50 shots and gun powder besides other incriminating materials from his possession.
STF SP Tejeswar Patel told newspersons that acting on a tip-off the STF team conducted the raid and arrested the poacher from the Kapashera area under Manamunda Police station of Boudh district
Police identified the poacher as Hara Rana of the Kantamal area. He was also arrested earlier in a similar crime.
The seized leopard skin would be sent to Wildlife Institute of India, Dehradun for chemical examination, STF sources said.
During the last one year, STF has seized 15 Leopard skins, nine tusks and arrested 28 persons involved in poaching and smuggling of wildlife organs.
UNI 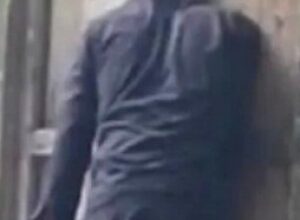 shockingly bizarre incident: Thief dies after getting stuck in doorway in UP