Bhubaneswar, Jul 6 :A woman was brutally killed in Bhubaneswar’s Bhimtangi area. Prima facie evidences pointed towards a love affair being the reason behind the murder.Jagannath Pradhan of Jajpur, who allegedly killed a woman namely Priyanka Priyadarshini Sahoo at her house in Bhimatangi area here yesterday, had planned to murder her three-year-old son before killing her, said Bhubaneswar DCP Umashankar Das, today.
It was a pre-planned murder as the accused had decided to kill her son first, then murder her and eventually die by suicide, the police official said.Fortunately, the child survived as the kid was not present at the house.

The DCP added that there was no evidence indicating forcible entry of the accused into the house.

Jagannath Pradhan’s mother Sabitri Pradhan reacted to the incident saying that Jagannath had a love affair with the deceased woman Priyanka. Priyanka knew Jagannath before her marriage but there was no contact among them after marriage. The relationship between the two resumed again last year during lockdown.

The accused is currently undergoing treatment. After completion of the treatment, he will be questioned, the official said.

Jagannath allegedly murdered Priyanka by slitting her throat and later tried to end his life by cutting his wrist at her house in Bhimatangi area here on July 5, in the absence of her husband. The accused was rescued by police and admitted to the Capital Hospital here for treatment.

Police found a handwritten note beside the body in which it was written “I will kill Priyanka and her son”.

Police said that the accused had hatched a plan to kill the woman and her kid. While he killed the woman and attempted to end his life, the kid luckily survived as he was playing at the landlord’s house. The accused has confessed to his crime. Two knives have also been recovered from the scene.

Rakesh Sahoo, husband of the deceased, who works with Eureka Forbes was not at home when the incident took place.

The couple got married in 2014 and has a three-year-old son. The duo was staying in a rented house in Bhimatangi Housing Board Colony in the city.

Rakesh got a WhatsApp video call from an unknown number at 12.25 pm on the day, purportedly from Jagannath. A terrified Rakesh called up his landlord to check the veracity of the call. The landlord and his son broke open the door to find Priyanka and Jagannath lying in a pool of blood in two separate rooms.

Hamirpur will have a large irrigation project worth Rs 220 crore

PM Condoles Loss Of Lives In Road Accident In Odisha 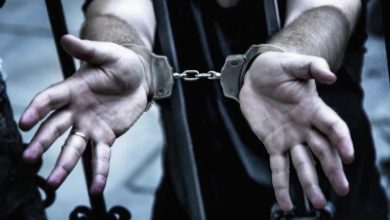