Gurdaspur : Coming down hard on a rape accused, a court in  Gurdaspur observed that a rapist has no regard for age, caste and dress of the victim and awarded life term to him on charges of rape and murder of an elderly woman. According to a report by Times Now, the court announced life term sentence to the Nepalese man along with 25-year imprisonment. He was found guilty of raping and killing an 84-year-old widow in 2019. The court observed that the elderly widow didn’t attract the Nepalese man to commit the heinous crime.

The report states that the incident took place on March 19, 2019. The 84-year-old victim was a widow and was sexually assaulted and killed by Satinder Rout in Gurdaspur where he worked at the sarpanch’s house. The sessions judge Ramesh Kumari said that the senior citizen experienced barbaric torture at the hands of the convict. In connection with the crime, the court convicted Rout for offenses under Indian Penal Code sections 450 (house-trespass), 376 (1) (rape) and 302 (murder).

Adding further, the report states that he was sentenced to 10-year rigorous imprisonment and another six-month simple imprisonment for the offence punishable under IPC Section 450. The report quoted judge Ramesh Kumari saying that this case was an example emphasizing that the dignity, person, and life of a woman is not safe within the four walls of the house. The judge further said that the rapist and murderer are not concerned with the age, colour, creed, caste, race, dress, lifestyle choices, urban or rural background. Amid protests and disruptions, Lok Sabha adjourned till July 22 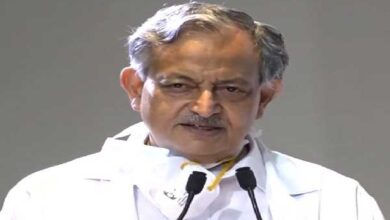 Fatty liver is an epidemic in India: Dir, ILBS