Washington, Jul 20 : Blue Origin and Amazon.com founder Jeff Bezos is looking to become the second billionaire to fly to the edge of space aboard his own company’s first manned, fully crewed mission on Tuesday morning.

The New Shepherd rocket will blast off at 9:00 a.m. EST (8:00 a.m. local time) carrying a crew of four, none of whom are qualified astronauts, including Bezos. The rocket will lift off from a remote location in West Texas.

The unpiloted, automatic flight will come just nine days after another billionaire, Sir Richard Branson from the United Kingdom, flew on another private, successful launch 60 miles above the stratosphere on his Virgin Galactic company’s space plane Unity.

Bezos, in addition to his brother Mark, will be joined by the 82-year old Mary Wallace Funk, a former test pilot who trained in an unofficial astronaut program in the 1960s. The fourth member of the crew is Oliver Daemen, 18, a Dutch teenager.

It will be the first crewed launch for Blue Origin’s New Shepard rocket and would be the first unpiloted suborbital flight with a civilian crew.

If successful, the flight is expected to launch a new era of space tourism, with tickets on similar flights going for sale at hundreds of thousands of dollars each. 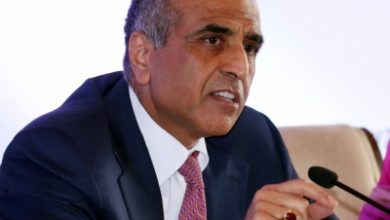