Simdega : Congress party’s Kolebira MLA has made disclosures after a photo with Amit Singh, one of the three accused arrested by the police over the conspiracy to topple the Hemant Soren government of Jharkhand went viral.

MLA Naman Vixal Kongadi said that he was also offered Rs 50 crore and ministerial post to topple the government. The Congress MLA said that the people who came to meet him said that 11 MLAs have roped in and they just needed the 12th MLA. Rejecting this the MLA not only informed Congress in-charge RPN Singh, but also informed Chief Minister Hemant Soren and warned him.

The MLA said that the photo being circulated is very old. He said that the picture is from January, when he was on tour on behalf of the assembly. During the same tour he had stayed at the guest house in Dhanbad. At the same time some workers had reached there and took photographs with them.

The MLA said that once some people had even reached him with a huge amount of money but he had scolded them and drove them away. Many times people used to come to meet him proposing that big projects will be brought in the area but he never fell for the traps.

The MLA said that he has been working as a true loyal soldier in the party since 1998 and has served in many positions in the party and has been working for the public with dedication and integrity. Moreover the public has also expressed confidence by putting both the seats of the district in the bag of Congress therefore he will never break the trust of the people.
UNI

BCCI announces schedule for remainder of IPL 2021 in UAE 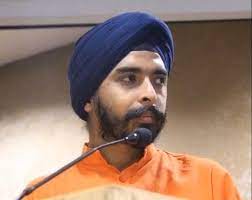