Bhubaneswar, Jul 18 : Three hardcore Maoists surrendered before Odisha DGP Abhay during his visit to Malkangiri and Koraput district on Sunday.
While two Maoists carrying cash awards on their heads surrendered at Malkangiri SP office, one surrendered at Koraput.
The two Maoist —Rame Podiami alias Sabita, an Area Committee Member (ACM) and Pallachalam local organisation squad Commander and Raidhar Dhurua, working as Secretary of Daldali Cell surrendered before the DGP in Malkangiri
Sources said Sabina carried a cash reward of Rs 2 lakh while Raidhar had a cash reward of Rs 1 lakh on his head.
At Koraput Maoist leader Talse [email protected] Talso, Area Committee Member surrendered in the presence of DGP Abhay, BSF IG Madhu Sudan Sharma and the SP Koraput.
During his tour the DGP reviewed the anti-Maoist operations with Intelligence Director, IG Operations, IG Border Security Force (BSF), IG Headquarters and Koraput SP.
He also visited Company Operation Base (COB) of BSF in Malkangiri and interacted with the officers involved in anti-Naxal Operation.
After Surrender Savita said she decided to surrender as she was scared after several of her associates were infected with Covid and many others died.
The attractive surrender and rehabilitation policy of the state government for the Maoists was another reason for her decision to surrender, she said.
The DGP said the Maoist activities have considerably declined in the cut off area of Malkangiri district.
He said efforts are being made continuously to bring the Maoists to the mainstream.
‘’We welcome the decision of the two Maoists who surrendered today,” the DGP said and reiterated his appeal to the Maoists to shun violence, surrender and join the mainstream.
UNI 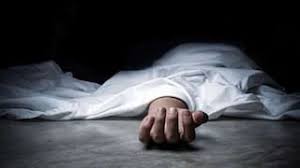 Chhattisgarh Girl Preparing For NEET In Kota Murdered By Boyfriend