Bhubaneswar : Dreaded gangster Hyder’s body has been handed over to his family members after accomplishment of postmortem at Balasore district headquarters hospital on Sunday.

According to Balasore ADMO Sushant Nayak, a team of doctors have conducted the post-mortem in the presence of police and four bullets were removed from his body.

Meanwhile, a scientific team also reached the spot where the encounter broke out this afternoon to investigate. Police said that Hyder allegedly tried to flee from the police van while being taken to Baripada jail.

Hyder, who was critically injured in an encounter near Balasore’s Simulia, succumbed to his injuries on Sunday afternoon.

After the death of the gangster by police encounter, prohibitory orders under Section 144 of CrPC has been imposed in several areas of Kendrapara district till 11.00 AM of July 30 to avert untoward incident and communal tension. Padamapur Bye-Election To Be Held On December 5 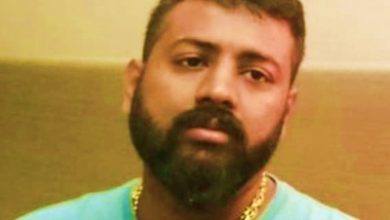