Bhubaneswar, Jul 7 : Hundreds of Congress party workers today held demonstrations in front of all Block Development offices in Odisha as the party launched a ten-day statewide agitation protesting the hike in oil prices.Beating cymbals and bells, the Congress activists today lodged their protest against the hike in oil prices, cooking gas and prices of other essential commodities.

The agitation will continue in phases till July 17 next.Odisha Pradesh Congress Committee President Niranjan Patnaik said the prices of petrol and diesel has crossed Rs 100 per litre in many cities due to additional taxes imposed by both the central and state governments.The hike in oil prices has skyrocketed the prices of essential commodities and hurt the people hard.Condemning the oil price hike at a time when the covid pandemic has shattered the financial backbone of the people, Mr Patnaik demanded roll back the hike in taxes on petroleum products imposed both by the state government and the centre.

As per the agitational programme, the congress would organize demonstrations on July 9 before all district headquarters in protest against the hike. On July 14 a state-level protest and agitation will be held in the state capital.Mr Patnaik appealed to all people of the state not to buy petrol and diesel and cooking gas on July 15 as a mark of protest.On July 17 a signature campaign will be launched in front of all petrol pumps against the unprecedented hike in oil prices. The Congress activists would move from door to door in a month-long campaign to apprise the people about the price hike, and the anti-people policy of both the Union and state government.Meanwhile, the left parties in Odisha today gave a call for six-hour Odisha bandh on July 15 next in protest against the hike in oil prices.CPI State Secretary Ashis kanungo said the Odisha bandh called by CPI, CPI-M, CPIM (L )and Forward Block will be held from 0600 hours till 1200hours.Mr Kanungo said the vehicular traffic will be off the roads and all commercial establishments will be closed on the day.

Rejig in Modi Government, List of 43 Ministers to be Sworn-In at 6 PM today In Past 8 Years, People Of Delhi At Receiving End Of Propaganda: Gautam Gambhir 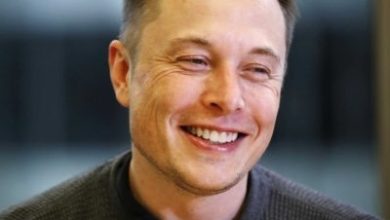 Heart-Beats Go Up: Polling begins for by poll to Brajrajnagar Assembly seat in Odisha