Srinagar, Jul 7 : A top Hizbul Mujahideen (HM) commander was killed in an encounter with security forces in Handwara in the north Kashmir district of Kupwara on Wednesday.Inspector General of Police (IGP), Kashmir range, Vijay Kumar, has termed the killing of Mehraj-ud-din alias Ubaid – who is one of the oldest and top HM commanders – as a big success.Official sources told UNI that following specific information about the presence of militants, a joint Cordon and Search Operation (CASO) was launched by the Special Operations Group (SOG) of J&K police, Army and CRPF at Panzipora-Renan area of Kralgund Handwara in Kupwara in the intervening night of Tuesday and Wednesday.

However, they said when security forces were moving towards a particular area, militants hiding there fired at them with automatic weapons. “The security forces retaliated ensuing in an encounter in the wee hours this morning,” they said, adding Ubaid was killed in the encounter.They said the operation was still going on when the reports last came in. “Additional security forces have been deployed in adjoining areas to maintain law and order,” they added.They said Ubaid was involved in several militant related activities, including an attack on security forces. Fight for saving PSBs is a fight to save our Nation : Kanhaiya Kumar 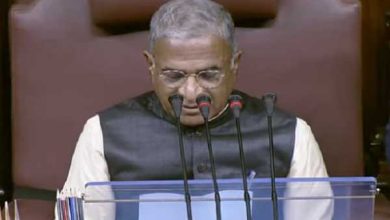