New Delhi, Jul 12 : The anti-terror probe agency NIA on Monday said that it has arrested three ultras of Islamic State of Iraq and Syria (ISIS) on Sunday in connection with ISIS Voice of Hind case from Anantnag in Jammu and Kashmir.

The National Investigation Agency (NIA) registered this case on June 29 this year under sections 124A, 153A, &153B of IPC and sections 17, 18, 18B, 38, 39 &40 of UA(P) Act 1967 in connection with the conspiracy of the proscribed terrorist organization ISIS to radicalize and recruit impressionable youth in India to wage violent jihad against the Indian State.

The federal probe agency had carried out searches at the premises of the arrested accused and recovered large number of incriminating documents, multiple digital devices and T-shirts with ISIS logo yesterday.

Examination of the arrested accused led to searches at two more locations in Anantnag district today wherein a number of digital devices and other materials have been seized, the NIA said.

Proceedings of Parliament & State Assemblies to be brought on one digital platform: LS Speaker 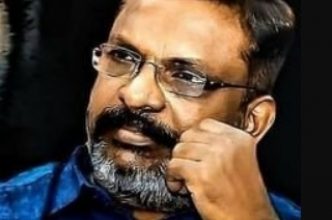 ‘Unjustified’: VCK Leader Thirumavalavan Lashes Out Against Ban On Rally Bagga Taken Away Without Patka & Turban! BJP Calls It Shameful And Criminal Act