to take stock of the preparation for the upcoming Heads of States meeting.

The Minister will be in Tajikistan on July 13-14 at the invitation of the country’s Foreign Minister Sirojiddin Muhriddin, according to an official statement of the Ministry of External Affairs.

The meeting will discuss the achievements of the organisation as it celebrates the 20th Anniversary of its formation this year.

“ It will also assess the preparation for the upcoming SCO Council of Heads of States on September 16-17 in Dushanbe and exchange views on current international and regional issues,” the statement added.

Jaishankar will also participate in the SCO Contact Group on Afghanistan that will meet on July 14 with the participation of the Afghanistan government.

The SCO is a permanent intergovernmental international organisation formed in June 2001 in Shanghai by five countries including Kazakhstan, China, the Kyrgyz Republic, Russia, Tajikistan, and Uzbekistan.

On June 9, 2017 India and Pakistan became full members of the SCO. 21 deer, one chinkara killed by stray dogs in UP’s Prayagraj 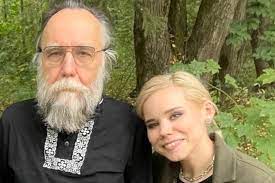