Acting on a tip off, an LCB team laid a trap at Unhale-Gadgilwadi this afternoon and arrested two men — Anant Trimbak Range (56) and Sambhajiraje Ashoka Pingulkar (49, both from Redfin in Vengurla tehsil), police said.
During search, police seized two horns of horned deers.
Police have registered a complaint against two at Rajapur police station in this regard and are conducting further investigation, sources added 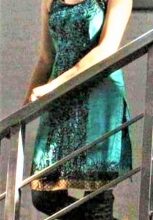