Chess is considered difficult because it requires a combination of strategic planning, tactical skill, and a good understanding of the rules and objectives of the game.

When one talks about Guinness World Records set around the game of chess, you would imagine titles like ‘Longest Winning Streak’ or ‘Longest Undefeated Streak’. Right? But have you ever thought of a Guinness World Record for the fastest time taken by an individual to single-handedly arrange a chess set one piece at a time? You heard it right! And guess what?

An Indian girl from Pondicherry has set a new world record for an unconventional activity. She has created a Guinness World Record for the fastest time taken by an individual to single-handedly arrange a chess set one piece at a time. S. Odelia Jasmine took just 29.85 seconds to arrange a chess set, which is now the fastest time for this activity.

Watch the video below:

They have even posted a video of the world record attempt, and it is slowly gaining traction online.

“Fastest time to arrange a chess set 29.85 seconds by S. Odelia Jasmine,” read the caption of the video shared on Instagram by Guinness World Records. The video shared by the record-keeping organisation shows Jasmine placing the chess pieces on a green and white coloured chess mat. She places one piece at a time with just one hand and finishes arranging the last piece in just 29.85 seconds, thereby bagging the world record title for the ‘fastest time to arrange a chess set’.

Since being shared a day ago, the video has received more than 9.7 lakh views. It has also received over 60,600 likes and several retweets. The share has also prompted many to post their thoughts in the comments section.

“Feel like i can do this in 15 seconds tho,” posted an individual. “I’m assuming this is one handed? Regardless, you could split this time in half by placing two or three pieces at the same time. I honestly feel like I could break this record with about 60 minutes of practice,” expressed another. “What are the rules ? 1.Do I have to take only 1 piece in hand at once ? 2.What is the minimum distance for the pieces from the board? 3.What if I use both hands?” enquired a third. “Seems beatable,” shared a fourth. 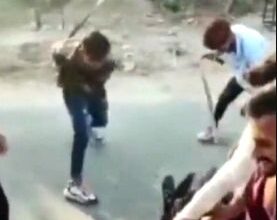 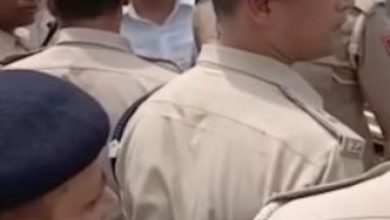