New Delhi, Jan 12: Climate change and the dangers of environmental degradation are currently hotly debated topics. People are becoming more aware of the necessity to preserve the environment and the existing resource pool for future generations sustenance. The maltreatment that nature has endured for generations is now manifesting itself in global warming, water scarcity, ozone depletion, and air pollution.

People are flocking toward ecologically friendly solutions in light of these consequences. Switching to renewable energy sources, sustainable fashion, and eco-friendly eating habits are among them. The latter has gotten a lot of attention, especially with the rise of plant-based meat alternatives. Companies who source these items are pushing people to give up meat in order to save the environment by lowering their carbon footprint and reducing the harmful impact of the meat industry.

As we embark on the veganuary month to spread awareness of the goodness of plant-based products here is an illustration of the potential of plant-based meat as a climate investment.

Health risks of meat eating: To analyse the health implications of eating meat, one must understand the evolutionary need for dietary habits. Humans began scavenging for meat as it was readily available and a rich source of energy and nutrition.

However, with the discovery of agriculture, human beings settled in instead of roaming the forests as hunter-tribes. Lifestyle changed, and so did the nutritional requirements of the body. Unfortunately, many did not adapt as willingly to the change. Most people’s activity pattern is not conducive to adaptation to meat eating. As a result, a diet rich in meat, particularly red meat, may give rise to health problems like cardiovascular diseases, diabetes, obesity, and high blood urea levels. Many of these illnesses can be fatal.

Contribution to greenhouse emission: Estimates suggest that the meat industry generates approximately 60 per cent of the greenhouse emission from food sources. These emissions trap the earth’s energy and are responsible for global warming. Cattle raised for meat also produce large amounts of methane while digesting their food.

Similar is the case for the manure produced by the industry. In spite of this high contribution, they fulfill only 18 per cent of the worldwide calorie requirements. So next time you feel concerned about the rising temperature of the earth and the heat waves that have become a part of most summers, you should reassess the requirement of kebabs and sausages for breakfast!

Deforestation: The meat industry requires land to keep cattle and grow feed for them. As a result, thousands of acres of forests are cleared every year globally to accommodate the growing industry. To make matters worse, breeders usually clear the forested area by setting fires, which contribute to CO2 emissions and, if left uncontrolled, can cause widespread damage. Deforestation, in addition to depleting the earth’s oxygen sources, also means a loss of habitat for a wide range of species and may contribute directly to the extinction of some.

A high amount of waste generated: The meat industry requires a massive amount of water. In fact, meat ranks as the top most water-intensive food product. Additionally, the waste produced by livestock frequently runs into local water sources and contaminates them. The cattle raised for meat require land for grazing.

However, due to intensive grazing, the soil is often left barren, leading to the loss of the fertile top layer to wind and rain. This industry thus also contributes to soil erosion and contamination.

The adverse impact of eating meat has been well documented. However, despite the gamut of accusations levied against it, giving up meat can be a tall order. Instead, investing in plant-based meat enables people to make healthier and more sustainable choices without compromising on taste and texture.

Various options are available, and this switch is the cheaper option in the long run. Therefore, the endeavour to change the world can start with a small step- changing how we eat. These efforts may culminate in a healthier body and a happier world. Biryani Worth Rs 43 Lakh That Nobody Saw Or Ate, J&K ACB On Trail 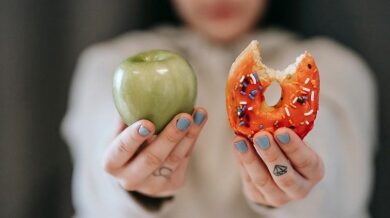 Weight loss: How to follow the 80/20 diet rule; pros and cons to note