Washington, Jan 24 : At least four people are dead following separate shootings in northern California near the city of San Francisco, NBC reported citing a person familiar with the matter.

The report said on Monday that three victims were found dead at a certain location in Half Moon Bay, California, while a fourth victim was found dead in another nearby location.

No other further information is available.

Monday’s shooting comes on the heels of a shooting that took place at a dance studio in the city of Monterey Park, California, near Los Angeles over the weekend. As of Monday, the death toll in the Monterey shooting has risen to 11 following the death of another victim at a local hospital.

A gunman opened fire at a Monterey Park dance studio at the end of the first day of a two-day street festival celebrating Lunar New Year, killing 11 and injuring nine others. The suspected gunman fled the scene and was found dead by authorities in a van in a neighboring city.

Tags
California four people are dead on the heels of shootings 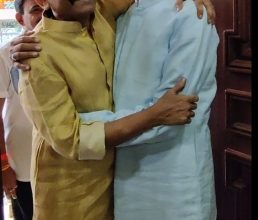 Central agencies are ‘pet animals’ of the Centre , ‘dacoits’, why not shut them down: Uddhav Thackeray