Like every year, 2022 had its own share of wins and losses. In spite of some resilience built in after the pandemic, many events shook the world this year be it the war, rise in food prices, higher interest rates, civic unrest and more.

Russia invaded Ukraine and got suspended from the UNHRC.

In good/bad news, doctors successfully transplant a heart from a pig to a human in Baltimore, USA. However, the man who received the transplant died two months after the surgery.

Just when the world started settling down from the effects of the Covid pandemic, Russia invaded Ukraine to “demilitarise and de-Nazify” the country.

The world was sent into the throes of another virus – Monkeypox – a case of which was reported in London.

The untimely demise of Australian cricketer Andrew Symonds in a car crash left the world shocked.

Back on Earth, Sri Lankan protesters–who were protesting for the resignation of President Gotabaya Rajapaksa since March–occupied the President’s house in Colombo.

Shockingly, former President of Japan Shinzo Abe was assassinated while speaking at a public event. The suspect, Tetsuya Yamagami, was arrested on the scene and charged with murder.

Droupadi Murmu was elected the 15th President of India. Murmu is the youngest person to be elected to the office and also, the first tribal woman to hold the position.

After a 70-year-reign, Elizabeth II, Queen of the United Kingdom and 14 other Commonwealth realms, died on September 8, passing on the crown to her son Charles III.

Iran witnessed widespread civil unrest and protests, following the death of 22-year-old Mahsa Amini. Reports state that Amini was arrested by Iran’s morality policy and allegedly, beaten to the point of death in custody, for violating the mandatory hijab law.

With a net worth of $135.4 billion, industrialist Gautam Adani surpassed Amazon founder Jeff Bezos to grab the third spot on Forbes’ list of the world’s richest people.

The UK appointed Rishi Sunak as its PM – the first British Asian and Hindu to hold the office. Elon Musk took over as the CEO of Twitter, and proceeded to introduce new policies, announce layoffs, and reinstate formerly suspended accounts.

With inputs from source For 27th International Film Festival of Kerala, Serbia will be the Country in Focus 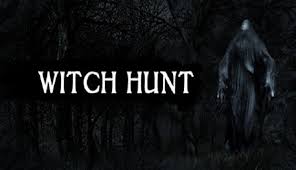