Bollywood actress Kangana Ranaut is back on the micro-blogging site, Twitter and the very first tweet after her return on the platform talks about her upcoming directorial ‘Emergency’.

On Tuesday, the actress took to her Twitter handle to announce her film’s wrap.

She also shared a BTS video of her film in which one can see different departments of the film unit coming together to put together Kangana’s ambitious project. The film, which will now enter the post-production stage, has set its release date as October 20, 2023.

The BTS video features table reading sessions with the team, the storyboarding, moodboards, location hunting, the production hustle-bustle and Kangana busy brainstorming with her team and interacting with fellow actor Anupam Kher.

The film will tell the story of India’s biggest political event when the Emergency was imposed in the country by Gandhi who was then Prime Minister.

Are Covid vaccines affecting the heart, inducing other non-communicable diseases? 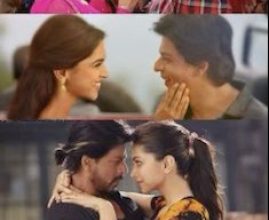