Jaipur, Jan 19 : 16th edition of Jaipur Literature Festival has returned to Pink City after a year ushering in a festive feel as it brings along 350 speakers from across the globe associated with literature, music, art and film from across the world.

This unique festival shall continue from January 19 to 23 at Hotel Clarks Amer in Jaipur.

The inaugural ceremony on Thursday was addressed by Nobel Laureate Abdulrazak Gurnah in Front Lawn from 9:50 a.m. onwards. The theme for this year is ‘Utsav’ celebrating the colours of Rajasthan and displaying bright colours. Indian weddings make statements with its vibrant colours, extravagant celebrations, resonating music and sharing the happiness of a new start.

With its decor, Jaipur Literature Festival 2023 tried to replicate the same joy for the audience which they take away from an Indian traditional celebration. The entire decor and theme for this year is an amalgamation of Indian cultural heritage and its vibrant nature.

The speakers will discuss global issues along with art, literature and music. Since the theme this time for the Jaipur Literature Festival is Utsav, Hotel Clarks Amer has been decorated with Rajasthani colours and artefacts.

Producer of Jaipur Literature Festival, Sanjoy Roy, said that this time the festival is being organised on the green concept in which no card is required. People will be able to attend the festival by just showing their barcode after online registration.

Once they enter, they shall get to see colourful cultural programmes along with contemplation and brainstorming issues related to literature, art and music.

Some of the key sessions include The Essential Abdulrazak Gurnah in which Nobel Prize winner Abdulrazak Gurnah will be in conversation with British publishing legend Alexandra Pringle. Gurnah fled Zanzibar as a teenager following the Revolution of 1964. His striking and formidable works include Memory of Departure, Pilgrims Way, Dottie, Paradise, By the Sea, Desertion, and his most recent, Afterlives, which examines the German colonial force in East Africa and the lives of Tanganyikans – as they, work, grieve and love – in the darkening shadow of war.

Many musical and cultural programmes will also take place during the five days of the literary festival.

Woman jumps to death from 5th floor of Noida building 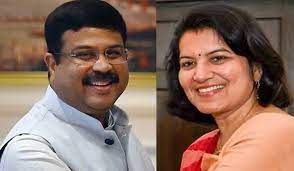 Know Who Would Confront Naveen in 2024, When Patnaik Dwarfs All By Yards,Odisha BJP’s Nagging Worry, Follow up: A relaxed Ponting details health scare ahead of commentary box return Union Budget 2023 might be presented in new Parliament building