Mumbai, Nov 17: Influence Chemin eSports have qualified for the PUBG Mobile Global Championship (PMGC) Grand Finals, scoring their spot by topping the table with a total score of 282 points from 24 matches.

The qualifying event for PUBG Mobile Global Championship League 2022 started on November 10, 2022, and involved 48 teams from all over the world that reached this stage to fight for the title and a ticket to the Grand Finals 2022.

Influence Chemin was in Group Red, with renowned and top teams from nearby regions. They started well and secured the first position for the first three days but lost a few points on the last day. But that did not discourage them and they finished the league with the second position, Chemin Esports involved in a release on Thursday.

Elated with the win, Ishan Verma, Director, Chemin Esports, said, “This is an important achievement for us after PUBG Mobile Pro League (PMPL) Americas 2022 win, and we are all geared up for the next round. I was confident about our team securing a spot in the PMGC Grand Finals. We had trained our boys well for this league and they have really worked hard to bring us here.”

“I always knew this team would fly high, it was just a matter of time and we will work really hard to give our best in finals,” Wagner Damasio, Founder of Influence Rage, was quoted as saying in a release.

Now the next step for Influence Chemin will be the PMGC Grand Finals, which will be held in Jakarta, Indonesia, from January 6-13, 2023. A total of 13 teams qualified from the PMGC League and 3 teams will be invited to PMGC Grand Finals to fight for the title and a prize pool of USD 1,500,000. 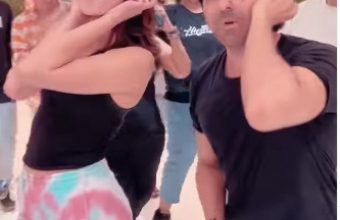