Moscow, Jul 8 (Sputnik) Minister of Olympic Affairs Tamayo Marukawa confirmed that the Tokyo Olympics would not allow any spectators at all venues due to the worsening COVID-19 situation, Kyodo reported on Thursday.

Marukawa discussed the issue on Thursday with a slew of high-ranking sports officials including the head of the International Olympic Committee Thomas Bach, head of the International Paralympic Committee Andrew Parsons, head of the organizing committee of the Olympic and Paralympic Games in Tokyo Seiko Hashimoto as well as the Tokyo Governor Yuriko Koike.Earlier in the day, Kyodo cited sources saying that the sporting competitions of the Olympic Games in Tokyo, Chiba, Kanagawa and Saitama prefectures will be held without fans. The decision followed the government’s declaration of a state of emergency in Tokyo from July 12 to August 22, made less than two weeks before the start of the Olympics.The Tokyo Olympics will kick off on July 23.
Tags
Olympic Olympic games Suga Tokyo Without spectators Tension Between Sindhis And Pashtuns Keeps Karachi On Edge 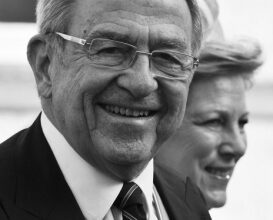 Last king of Greece passes away