Bhubaneswar, Jul 20 : One day consultative Workshop on SDG related multi-dimensional poverty index (MPI) was held today in Lokseba Bhawan Convention centre today under the Chairmanship of Chief Secretary Suresh Chandra Mahapatra to deliberate on the interrelationship between MPI and SDGs with the aim of expediting the attainment of SDGs in the State.

Addressing the workshop, the Chief Secretary said, “the Focus of SDG is to end poverty in all its forms everywhere. Therefore, multidimensional poverty measurement parameter is crucial for working towards the achievement of SDG-2030 agenda”. Mahapatra also advised the Principal Secretaries, Secretaries and senior officers of the State to understand the intricacies of MPI and monitor the developmental interventions accordingly for speedy attainment of SDGs.

Outlining about the Workshop Development Commissioner Pradeep Kumar Jena said, “MPI reflects both the incidence and intensity of poverty. It shows how many are poor in a given population and what is the level of their deprivation”. The MPI index, added Jena, “establishes deprivation profiles for households”. Today’s consultative workshop was arranged to deliberate on different contours of MPI with input from NITI Aayog.

The MPI experts from NITI Aayog mentioned, “MPI reflects people’s experience of poverty in different forms and dimensions. It also reflects the policy priorities regarding poverty eradication”.  Discussions in the workshop show that MPI is calculated on the basis of 10 indicators arranged into 3  sectors namely health, education and standard of living. Health includes the indicators like nutrition and child mortality; Education embraces years of schooling of a household member and school attendance up to the age of the completion of class eight; and, standard of living covers the indicators like cooking fuel, sanitation, drinking water, housing, electricity and assets.

These MPI indicators are related to different SDGs. MPI was devised into Human Development Report in 2010. By 2011 MPI was adopted in 109 countries covering almost 79% of the world’s population.

Discussions in the meeting showed that performance of Odisha in achieving the sustainable development goals (SDGs) increased by ten score points in the year 2020 over the year 2019. Odisha’s SDG performance score increased to 61 in the year 2020 from 51 in the year 2019. State ranked Number-1 in Goal-13 relating to action on combating climate change and its impacts. The State also ranked No-1 in Goal-14 relating to conservation and sustainability of the use of ocean, sea and marine resources.  Odisha also was ranked a frontrunner in achievement of nine Goals, and, an aspiring State in achievement of six goals. State did well in pursuing the Goal-6 relating to clean water and sanitation; Goal-9 relating to investment promotion, innovation and industrial infrastructure; Goal-11 relating to making human settlements inclusive, safe and resilient; and, Goal-15 relating to protection, restoration and promotion of the sustainability of terrestrial eco-systems.

Odisha witnessed sharpest decline in poverty level between the years 2004-05 to 2011-12. The proportion of poor population to total population came down from 57.2% in 2004-05 to 32.6% in 2011-12 thereby recording a sharp fall of around 24.6 percentage points. As per the present trend of improvement in various parameters, the poverty level is expected to come down substantially in the forthcoming NITI Aayog report. No lighting of Kaunriya Kathi at Puri Singhadwar this Diwali 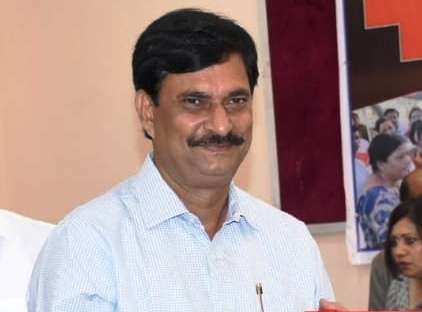