New Delhi : All India Trinamool Congress Rajya Sabha member Santanu Sen was on Friday suspended for the remaining part of the monsoon session for snatching the papers from Information Technology Minister Ashwini Vaishnaw and tearing them.

On Thursday, Mr Sen had snatched the papers from Mr Vaishnaw, torn and tossed them in air when the latter was making a statement on the alleged snooping of opposition leaders, journalists, activists and ministers among others using Israeli spyware Pegasus.

MoS Parliamentary Affairs V Muraleedharan moved the motion to suspend Mr Sen and it was adopted by voice vote. “Mr Santanu Sen, please withdraw from the House. Allow the House to function, ‘ the Chair said.

Sukhendu Shekar Roy, floor leader of Trinamool Congress, objected to the way the motion was moved.

Mr Roy alleged that the due procedure was not followed as the motion was neither listed in the Rajya Sabha’s business for Friday nor the members were informed about it in advance.

AITC member Derek O’Brien alleged that Mr Sen was threatened by the BJP members on Thursday when the House was adjourned.

Chairman M Venkaiah Naidu, however, rejected the allegations. “What happened in the House was noticed by the Chair,” Mr Naidu said.

The Chairman further stated that the motion for suspension was proved by him.

The Pegasus controversy has dominated the headlines across media platforms and a major cause of face-off between government and the opposition parties over the last few days. The proceedings of both the Houses have been nearly paralysed with the ongoing tussle.On Friday also, the House was adjourned following an uproar by the members of the opposition.While the government has rubbished the reports of any unauthorised phone tapping, the opposition has dug its heel and wants a thorough probe into the matter.

Mr Vaishnaw in statements in both Houses of Parliament has vehemently denied the allegations saying the reports were aimed at maligning Indian democracy and its well-established institutions.

No fixed timeline for completion of vaccination drive: Govt

Tokyo 2020 opening ceremony director fired over past comments on Holocaust 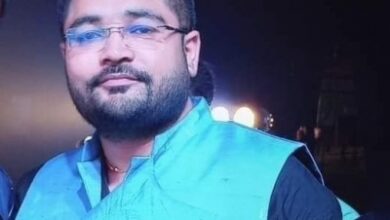