Kolkata, Jul 5 : West Bengal Chief Minister Mamata Banerjee’s nephew and Trinamool Congress MP Abhishek Banerjee on Monday sent another salvo targeting Solicitor General of India Tushar Mehta for not making public CCTV footage when BJP leader Suvendu Adhikari had visited his house cum office in New Delhi last week.” Even after 72 hours, Mr Tushar Mehta, SG of India, has failed to release the 20 mins of CCTV footage of his OWN HOUSE to corroborate his OWN STATEMENT. Mr SG, with such weak defence you can continue serving as @BJP4India ‘s SECRET GENERAL, not INDIA’S SOLICITOR GENERAL.” Mr Banerjee in his latest tweet said.Mr Banerjee on July 2 had said that ” Reports state that Mr Adhikari entered Hon’ble SG’s residence in the presence of a cavalcade of officers and stayed there for nearly 30 minutes. Does that imply that a meeting was indeed due? As the episode gets murkier, one can only hope that the truth shall surface,”” Mr Mehta’s efforts to dismiss speculations regarding his clandestine meeting with Suvendu Adhikari can only be valuable if he makes all CCTV footage public until Mr Adhikari was in his residence.Moreover, was Mr Adhikari present in the SG’s residence without prior appointment ? ” the TMC MP from Diamond Harbour questioned.

West Bengal ruling Trinamool Congress on Friday wrote a letter to Prime Minister Narendra Modi demanding the removal of Solicitor General of India Tushar Mehta for his alleged meeting with BJP leader Suvendu Adhikari, accused of several cheating cases.However, the SG has denied this and said the BJP leader came without a prior appointment and was offered tea by his staff.”Suvendu Adhikari did come to my residence cum office on Thursday at around 3:00 p.m., unannounced. Since I was already in a pre-scheduled meeting in my chamber, my staff requested him to sit in the waiting room of my office building and offered him a cup of tea.“When my meeting was over and thereafter my PPS informed me about his arrival, I requested my PPS to convey to Mr Adhikari my inability to meet him and apologise as he had to wait. Mr Adhikari thanked my PPS and left without insisting to meet me. The question of my meeting with Mr Adhikari, therefore, did not arise,” the law officer said. 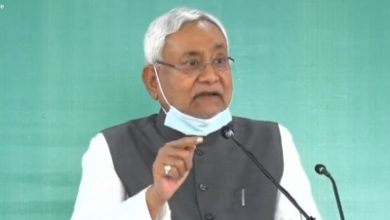 Fissure Over Nitish In Oppn: NCP Disapproves Projection Of Nitish As PM Candidate Security Beefed Up At CM Residence After Gorakhnath Temple Attack