However, unless the Odisha government come out with a gazetted notification in this regard, the neighbouring State can not start the work.The AP chief minister YS Jagan Mohan Reddy has recently urged the Odisha chief minister Naveen Patnaik for an appointment to discuss over the issue. The AP chief secretary Aditya Nath Das, who was additional chief secretary Water Resource department had written letters in August 2020 and December 2020 requesting for a biateral talk on the issue. He had sought the socio-economic data of those who will come under submergence due to Neradi Barrage.

The proposed Neradi Barrage is one of the head works of BRR Vamsadhara Project Stage-II to direct the judicious share of AP in Vamsadhara Basin yield. Location of Neradi Barrage is proposed at the common boundary location, where half of the river width belongs to Odisha and involves 106 acres of land in Odisha territory. As per the VWDT final order, Odisha shall acquire the land and hand it over to AP within one year from the date of the publication of the gazetted notification.

The Odisha government has challenged the VWDT verdict in the Supreme Court through a special leave petition on 12th December 2017. The State government, in fact, had sought some clarification from the Tribunal on the 13th September 2017 verdict.

According to the Odisha water resource department, the VWDT reiterated it’s earlier verdict while disposing of the State’s petition for clarification on 21st June 2021.The State water resource department has clarified that the State government can not publish the gazette notification, which is required to start the project work, till the disposal of the SLP by the Supreme Court.

The department, in a press release on Tuesday, has clarified that the AP government’s request for a bilateral talk in the issue has been rejected pending the outcome of the Odisha government’s SLP in the apex court.The Neradi Project will provide irrigation and drinking water in Gajapati district of Odisha and Srikakulam district of AP. Presently, 75% of the flood water, which about 80TMC, flows into sea annually. The VWDT, in its verdict has allowed the AP to take up construction of barrage and it’s ancillary structures. The Tribunal has also given permission to construct left head sluice on the left side of the barrage to serve the needs of Odisha as well.However, the apprehension of the Odisha government is that the barrage will submerge vast areas of tribal lands in Gajapati district. 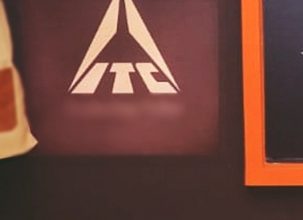