Bhubaneswar : The BJP MPs of Odisha on Thursday demanded an inquiry into the alleged irregularities in the implementation of the Pradhan Mantri Garib Kalyan Anna Yojana (PMGKAY) scheme in the state.
In a letter submitted to the Union Minister of Consumer Affairs, Food and Public Distribution Piyush Goyal the MPs requested him to direct the state government to take necessary action to rectify the anomalies in the implementation of the PMGKAY.
The MPs pointed out huge discrepancies between the allocation made by the Centre and the distribution of food grains in the state under PMGKAY and NFSA .
They alleged a number of ghost beneficiaries in the list of NFSA ration card holders prepared by the Odisha government.
During 2021 under PMGKAY about 11.35 Lakh MT of food grains was allocated to Odisha free of cost for the period from May-November 2021 of which 6.22 lakh MT has been lifted.
The BJP MPS said the lifting of food grains is less than ten percent under PMGKAY and NFSA in the districts of Kendrapara, Keonjhar, Khordha, Malkangiri, Mayurbhanj, Jharsuguda, Jagatsinghpur, Dhenkanal, Cuttack, Baragarha, Angul, Balasore, Bhadrak, Ganjam and Sundergarh.
The state government, they further said, was advised to put banners and posters about distribution of free ration items and other benefits under PMGKAY in all fair price shops, godowns and government offices.
But the state government has resorted to misbranding the scheme by promoting images of Chief Minister Naveen Patnaik.
A few weeks ago a central investigation team of the Ministry of Rural Development also found evidence of misbranding PM AWAS logos on completed houses under the scheme as state government sponsored Biju
Pucca Ghar Yojana

69 succumb to deadly virus in Odisha 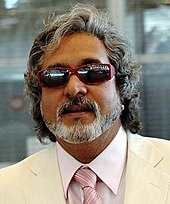