New Delhi, Jul 11 : National Investigation Agency (NIA) on Sunday said that it conducted a search at the premises of Mohd Asif Ali on July 10 and recovered two country made pistols and live rounds, SIM Cards and memory cards.
The arm trafficker Mohd Asif Ali was arrested on Saturday by the probe agency as he used to supply arms and ammunition to the terrorists of the Khalistani extortion gang in Moga in Punjab.
This case was originally registered on May 22 this year at Mehna police station in Moga district of Punjab relating to information received by Punjab Police that Arshdeep Singh aka Arsh, Charanjit Singh aka Rinku and Ramandeep Singh aka Jajj, all currently living abroad had formed a gang and are threatening and extorting money from businessmen of Punjab.
NIA took over this case on June 10, 2021, and initiated a probe.
The investigation has revealed that arrested accused Gagandeep Singh used to purchase arms and ammunition from accused Mohd Asif Ali and further supplied them to the other arrested accused Kamaljeet Sharma aka Kamal and his associates.
These weapons were used in faith-based targeted killings and for threatening and extorting money from businessmen of Punjab.
NIA also conducted a search today at the premises of another arms trafficker involved in the case, Paramjit Singh aka Mangal at villageDudhali Khadar under Hastinapur police station in Meerut wherein the probe agency sleuths recovered Rs nine lakhs, mobile phones and incriminating documents.
UNI Toddler Dies After Being Attacked By Stray Dogs In Noida 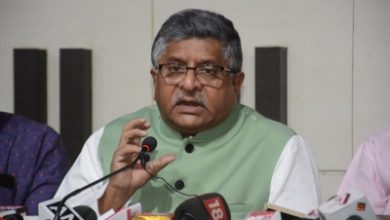 Shah Does Not Require Passport From Nitish-Lalu To Visit Bihar: Ravi Shankar Prasad