New Delhi, Jul 23: Bharatiya Janata Party (BJP) MP Kirodi Lal Meena on Friday is scheduled to introduce a Private Member’s Bill in the Rajya Sabha to provide for the constitution of the National Inspection and Investigation Committee for preparation of Uniform Civil Code and its implementation in the country.
Among the Private Member’s bills, the proposed legislation is listed on the top in the Business List of the Rajya Sabha for today.
On the fourth day of the Monsoon session, a Private Member’s bill to control populations is also slated for introduction and passing.

To be introduced by Rakesh Sinha, the Population Regulation Bill, 2019 seeks to achieve the “goal of stabilization of population commensurate with the emerging social, economic, health, nutritional, epidemiological, environmental and other developmental needs of the national economy.”
Both the Houses of the Parliament have been marred with disruptions and frequent adjournments with the opposition leaders trying to corner the government on a host of issues such as alleged snooping using Israeli spyware Pegasus, farm laws and twirling fuel prices. Gyanvapi Case: Court Reserves Its Order, Will Deliver On Sept 12 Centre Trying To Put Off MCD Polls By Months: Kejriwal 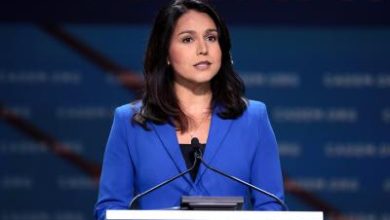 Tulsi Gabbard says she is leaving Democratic Party, calls it an ‘elitist cabal of war mongers’