Mumbai, Jul 18 : At least 11 people were killed and eight are feared to be trapped in Mahul area at Chembur in the city suburb due to landslides triggered by heavy rainfall in the city on Sunday morning, authorities said.

The incident occurred around 0630 hrs, when the retaining wall of a house collapsed after a tree fell on it, they added.Ten bodies were retrieved by Local BMC/ Fire brigade personnel before NDRF reached the spot while one body of female was recovered by the NDRF team,” the National Disaster Response Force (NDRF) said in a statement. Rahul Attacks Centre Over ‘Chinese Issue’, “When India Gets Back Land Occupied By China” 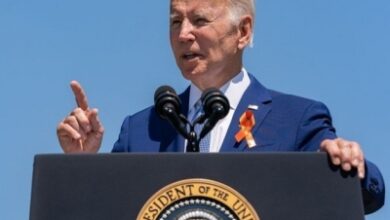