“The health of our oceans and our planet is at stake,” if global fishing talks flounder, WTO chief Ngozi Okonjo-Iweala said

The talks aim to ban subsidies that contribute to illegal and unregulated fishing, as well as to overfishing, threatening the industry’s sustainability.

Global fisheries subsidies are estimated at between $14 billion and $54 billion a year, according to the WTO.

But 20 years of negotiations have failed to clinch a deal, with unresolved disagreements over a range of issues, including a UN demand that developing countries and the poorest nations receive special treatment.

Thursday’s meeting, which will be closed to the media, will see trade ministers discuss a draft text presented in May by Colombian ambassador Santiago Wills.

“After two decades of negotiations at the World Trade Organization and marathon discussions this year, we have before us a draft text of an agreement that will put into action the global ambition to end harmful fishery subsidies,” she said.

Reaching any kind of an agreement at the WTO can be hard, because all decisions require a consensus among all member states.

“It is my sincere hope that everyone approaches this revised text on the perspective of finding in it a possible compromise for a successful conclusion to the negotiations,” Wills said last week.

“It’s critical that WTO members do not sacrifice environmental outcomes for the sake of speed when negotiating a fisheries subsidies agreement,” Isabel Jarrett of The Pew Charitable Trusts told AFP.

While special treatment for the poorest countries is widely accepted, demands from some self-identified developing countries to be exempt from subsidy constraints has proved difficult to swallow.

An EU official told reporters this week that a declaration from China that it was prepared to assume “full commitments without claiming SDT” would be “very helpful” to the talks.

There appears to be consensus around excluding fish-farming and continental fishing from subsidy constraints.

The text is also unlikely to satisfy countries like the United States, whose calls to include a ban on forced labour on fishing vessels have gone unheeded. 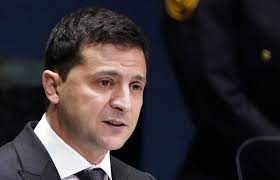