Baghdad, Jul 13 : More than 40 people have died after a fire broke out in a Covid-19 isolation ward at a hospital in Iraq.

The blaze at the Al-Hussein hospital in the southern city of Nasiriya was brought under control late on Monday, the BBC reported.

The cause is unclear, but initial reports suggest it began after an oxygen tank exploded.

Reporters described charred bodies being carried out of the building. Rescuers are still searching for survivors.

Health official Haydar al-Zamili told a leading media outlet that there are fears people are still trapped inside the ward, which reportedly has space for 60 patients.

Protesters demonstrated outside the hospital after the fire, and people posted on social media demanding the resignation of officials.

Iraq’s parliament speaker Mohamed al-Halbousi tweeted that the blaze was “clear proof of the failure to protect Iraqi lives, and it is time to put an end to this catastrophic failure”.

In April, an exploding oxygen tank started a fire that killed at least 82 people at a hospital in the capital Baghdad. Health minister Hassan al-Tamimi resigned after that fire. Beyonce’s New Song Is A Huge Hit With Michelle Obama 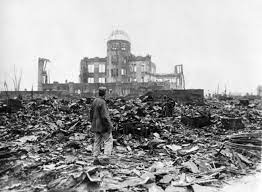