New Delhi, Jul 13 : Bhartiya Janta Party (BJP) MP Sudhir Gupta in a controversial remark has claimed that people like Aamir Khan are behind the population imbalance. The MP’s statements were made on a television debate on population issues, on the occasion of World Population Day, July 11.

“Talking in Indian perspective, people’s hero is Aamir Khan (Bollywood star) whose first wife Reena with kids and Kiran Rao with one kid has been left to wander around by Khan who is unbothered and has started the search for the third wife,” Gupta said, reported News 18.

The BJP MP was apparently taking a dig at the Bollywood actor who recently separated from his second wife Kiran Rao.

“It’s ironical that people like Aamir Khan have a role to play in population imbalance in the country,” added Gupta.

According to a report in The Times of India, Environment Minister Hardeep Singh Dang agreed with Gupta’s viewpoint, saying his statements were ‘100% correct’. BJP has; however, taken no accountability for both Gupta and Dang’s statements and has distanced themselves. 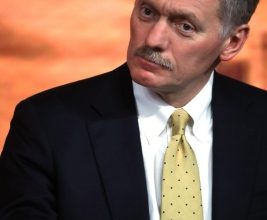