New Delhi : Even as engineering goods exports from India posted record growth in June this year, shipments to China, Singapore and Malaysia fell sharply during this period, according to EEPC India.

Out of 33 engineering panels or product segments, 31 panels witnessed positive growth in exports during June 2021 vis-à-vis June 2020. Decline in exports experienced in two panels, zinc and products falling by 5.1per cent and aircraft and spacecraft parts dipping marginally (0.6per cent).

“Engineering goods sector has been one of the top performers in exports. It recorded 50 per cent or higher year-on-year growth for the fourth straight month in June. During this period, engineering goods export was at its all-time high. This is quite heartening but there are several challenges the industry is facing. On the domestic front, there has been acute shortage of containers, high logistics cost and increasing price of key raw materials such as steel,” said EEPC India Chairman Mahesh Desai.

Desai said that with domestic demand being subdued in East Asian manufacturing giants including Japan, China and Korea, the export volumes from these countries have also been increasing which may pose a threat to the Indian exporters.

While remaining upbeat about export growth, the EEPC India Chairman said that falling demand in China and spread of a new and highly infectious Covid strain as possible threats to global trade.

Desai said that the engineering goods sector contributes almost 25 per cent of total merchandise exports from India and hence to achieve the US$ 400 billion target, India’s engineering exports need to rise to US$ 100 billion.

He urged the government to expedite the announcement of benefits under Remission of Duties and Taxes on Exported Products (RODTEP) scheme and the release of pending funds under the MEIS scheme.

“This will ensure steady flow of working capital especially for MSMEs and further boost exports,” he said. Thums Up partners with Bumrah for campaign ahead of T20 WC 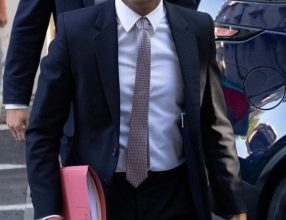 LIC IPO Gets SEBI Nod, But Launch May Be Delayed