Lakhimpur Kheri (Uttar Pradesh), Nov 3 : Polling has begun in the Gola Gokarannath Assembly constituency, which is witnessing a direct fight between the ruling BJP and the Samajwadi Party (SP).

The main contest is between the BJP’s Aman Giri, the son of Arvind Giri, and SP candidate and former Gola Gokarannath MLA Vinay Tiwari.

More than 3.9 lakh voters will decide the fate of seven contestants in the fray.

The BSP and Congress are keeping away from the bypoll this time.

The bypoll was necessitated after BJP MLA Arvind Giri died on September 6.

Despite a visible wave of sympathy for Giri following the death of his father, the BJP has not left anything to chance and had deputed 40 star campaigners, including all major Cabinet Ministers and party office-bearers for the campaign, which was led by Chief Minister Yogi Adityanath.

Gola Gokarannath is part of Union Minister Ajay Mishra Teni’s Kheri parliamentary constituency. Mishra has been in the eye of a storm following the alleged killing of four farmers last October, in which his son is an accused.

The SP campaign was led by its state unit chief Naresh Uttam Patel with support from National General Secretary Ravi Prakash Verma, former Ministers, and other office-bearers. The SP leaders conducted door-to-door contacts and held public meetings to woo the electorate. Party chief Akhilesh Yadav, however, did not campaign. 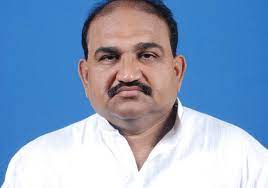 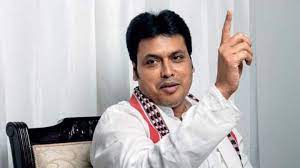