New York, Oct 31 : Elon Musk has denied a New York Times report that he plans to lay off Twitter workers before the start of next month to avoid having to make payouts.

Replying to a Twitter user asking about the report, he said: “This is false,” the BBC reported.

The buyout saw the exit of the firm’s top bosses — including its chief executive, chairman and finance chief.

At the weekend, The New York Times reported that Musk had ordered major job cuts across Twitter’s workforce.

The newspaper said the layoffs would take place before November 1 when workers were due to receive grants of shares in the company as a major part of their pay deals, the BBC reported.

The takeover has prompted discussion among Twitter users over what the platform will look like under Musk’s ownership.

Some have voiced concerns that more lenient free speech policies would mean people banned for hate speech or disinformation may be allowed back to the platform.

Last week Musk said that he doesn’t want the platform to become an echo chamber for hate and division, the report said.

“Twitter obviously cannot become a free-for-all hell-scape, where anything can be said with no consequences!” he tweeted.

However after denying the New York Times job cuts report, Musk tweeted a screen shot of a New York Times headline about him posting a link to a “site known to publish false news”.

The New York Times headline referred to a reply Musk had posted, and then deleted, at the weekend to a tweet by former US presidential candidate Hillary Clinton, the BBC reported.

His reply contained a link to a conspiracy theory about an assault on Paul Pelosi, husband of US House speaker Nancy Pelosi.

Separately, in response to a question about users getting verified — and gaining a coveted so-called “blue check mark” — on the platform, he said the process will be revised.

It had been reported that the firm was planning to charge users to become verified.

Musk also started a Twitter poll asking his more than 112 million followers whether he should bring back the short-video app Vine.

It gained more than 200 million active users by the end of 2015 before being shelved by the social media platform. 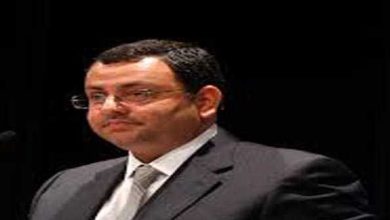