San Francisco, Oct 12 : Tech giant Google has announced that it is introducing the world’s first Chromebooks built for cloud gaming made by manufacturers, including Acer, ASUS and Lenovo.

These new Chromebooks bring together gaming hardware features, access to the latest games with cutting-edge graphics through the cloud, and software designed to make gaming fast and easy.

“Chromebooks have always been known for being fast, secure, and easy-to-use devices. Since their launch more than a decade ago, we have improved their capabilities and expanded the variety of devices for people to choose from,” the company said in a blogpost.

“Today, we are taking that effort a step further by introducing the world’s first laptops built for cloud gaming along with our partners Acer, ASUS and Lenovo,” it added.

These laptops come loaded with features that are great for gaming, including 120Hz+ high-resolution screens for crystal clear visuals, RGB gaming keyboards (on select models) with anti-ghosting capabilities for added speed and excitement, and WiFi 6 or 6E.

Google said that all cloud gaming Chromebooks had been independently tested and verified by the leading game performance measurement platform, GameBench.

“We have teamed up with NVIDIA to bring support for GeForce NOW’s highest performance RTX 3080 tier to cloud gaming Chromebooks so that you can stream titles like Fortnite, Cyberpunk 2077, Crysis 3 Remastered and more at up to 1600p resolution and 120 frames per second,” the company said.

The RTX 3080 membership also boosts your gameplay with features like ray tracing, which simulates how light behaves in the real world to make visuals hyper-realistic.

B Praak: 'Teri Mitti' Was One Of The Toughest Songs I've Ever Sung 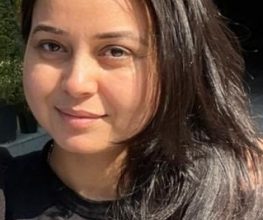