New Delhi, Nov 21 : Ever thought what it would be like to see Santa Claus show his powers off.
Well, Christmas comes early this year as Santa is coming to town with a whole sackload of gifts for those on the ‘Nice’ list and a resolve to fight those on the ‘Naughty’ list and a whole load of awesomeness.
Universal Pictures’ (distributed by Warner Bros. and Discovery) upcoming movie, ‘Violent Night’, is all set to bring this version of Santa Claus to the theaters near you. Directed by Tommy Wirkola, it features popular actors David Harbour, John Leguizamo, Cam Gigandet, Alex Hassell, Alexis Louder, Edi Patterson, and Beverly D’Angelo in pivotal roles.

Produced by Kelly McCormick, David Leitch, and Guy Danella, ‘Violent Night’ revolves around a team of mercenaries that breaks into a wealthy family’s compound on Christmas Eve, taking everyone inside hostage. However, the team isn’t prepared for a surprise combatant: Santa Claus played by David Harbour of the Black Widow and Stranger Things fame. He is on the ground, he’s got a bag full of goodies, and he’s about to show why Santa ain’t no saint!​
David Harbour shares his excitement on having the chance to work with Leitch, McCormick and the 87North team.
“One of the things that I like so much about these worlds he (Leitch) creates—from Atomic Blonde to John Wick, to Nobody—is that he takes a somewhat ordinary person, at least on the surface, and allows them to become these crazy action heroes. This genre that he has mastered feels fresh and that’s what really excited me about this project,” he said in a statement.
He further talks about his Santa suit, “The suit I wear in this film isn’t a traditional Santa suit. We found a balance between what we see as the traditional big red jolly suit and also the leather harness, boots and other elements of his long-distant past woven throughout.” 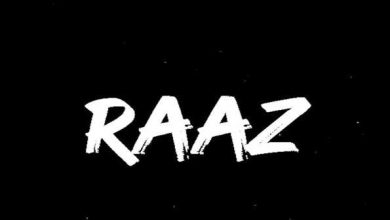