Many films are made on history, war where history is created and war, where the histories remain beneath the layers of silence. A silence which can be realised but nobody dare speak from the ashes of a holocaust like civil war which lingered over three decades, destroying a culture, creating space for mayhem and a bizarre bellicosity that brought destruction and a demographic imbalance.

A peculiar silence has always enveloped it. The image of Prabhakaran splashed across newspapers has continued to haunt not just Tamils across the world, but all those who followed the organisation and their cause closely. Surprisingly, not only the Sri Lankan government, but even filmmakers and artists have maintained a deathly silence over the three-decades-long civil war and human rights abuses in the island nation that claimed, according to the UN around 100,000 lives.

Sri Lankan filmmaker Visakesa Chandrasekaram feels that “silence is to do with the fact that it is much uncomfortable for people to talk about it. Adding that there was an involvement of many, including people like him who did not do anything about it, he asserts that there is an underlying feeling of guilt that seldom leaves people of his generation.”

“Thus, denial comes to the forefront, that these atrocities didn’t happen…In fact, my third film is about that silence. And it is about ex-militants and how they were taken into custody. Some were not even extremists, they were just people at the wrong place at the wrong time. A lot of things happened to them in detention, but we do not talk about it. Only those who escaped to other countries talk about it because they are survivors in that country and the success of their political asylum application will be based on breaking the silence,” Chandrasekaram, who has made films like ‘Earth’, ‘Frangipani’ and ‘Finding Kamal’ told IANS.

‘Frangipani’ is a queer love story, set in a Sri Lankan village while ‘Earth’ is about a mother looking for her son who disappeared during the civil war. “The third film revolves around an ex-militant who is returning home from the war. It will take time.”

In Chandigarh for the ongoing ‘Indus Valley International Film Festival’, this lawyer from Colombo may not have gone to film school, but has been learning on the job even before he finished high school. “I started off as an assistant director when I was 17 years old, much before film schools opened in my country. However, I soon realised there was not much money in this profession and went back to school to study law. After several years, with the money I had saved, I started off with ‘Frangipani’ as no one had done justice to the theme of gay love in films in my country.”

As his country goes through an economic meltdown, its already shaky film industry is not spared from its impact. Screens are down to 30 in the entire country and piracy continues as a major problem. “The day a movie is released, people share it on the Telegram app. The saddest part is that most do not even realise that it is illegal.”

Stressing that inaccessibility to OTT platforms is not doing any good to their cinema, the director feels that considering most films made in Sri Lanka are in Sinhalese language, their numbers are not high enough to warrant a new language option in OTT’s language drop down menu.

While several independent Indian filmmakers go in for international collaborations to tap into the European funding pool, Chandrasekaram feels that is not an option for Sinhalese films. “India has a big market overseas. But our market is small and frankly, we are not really known for making good films, so nobody is really investing in our films,” he concluded.

with inputs from Agencies

Politics is a medium to serve people- Naveen 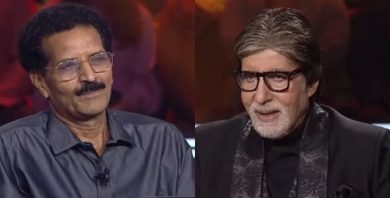 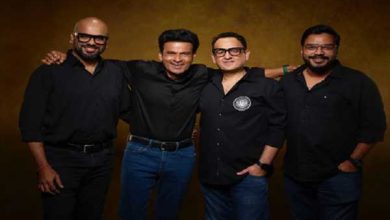