Ahmedabad, Oct 30 : A political slugfest has erupted in Gujarat with Governor Acharya Devvrat taking over as the 12th Chancellor of the Gujarat Vidyapith — a deemed university founded by Mahatma Gandhi in 1920.

A day before Devvrat took oath as Chancellor on October 18, nine members resigned from the board of trustees in protest, as they believed that only a true Gandhian deserved the chair.

“Had Gandhiji been alive today, he would have blessed me as I follow the tenets of a Gandhian, love Khadi, respect cows, stress on organic farming. I also follow Gandhi’s teachings like ahimsa, truth and brahmacharya,” Devvrat had said while taking charge.

However, in a sharp retort, Gandhian Mahesh Pandya claimed that just by following Bapu’s teachings or wearing Khadi, practising organic farming, one does not become a Gandhian. He alleged that this is an attempt to blot out Mahatma Gandhi’s ideology and called it a bid to uproot the last Gandhian institute.

Condemning the move of inviting the Governor to take over as the Chancellor, Gandhian Hemant Shah said, “The registrar, vice-chancellor, trustees themselves invited Sangh Parivar to saffronise the institute.”

In their open resignation letter, the trustees had stated that Gandhiji had founded a self-reliant institute, which was first made dependent on state fund, but as bureaucracy interference increased, the institute slowly lost its autonomy.

Though no one is talking about it openly, there is a palpable fear of the Vidyapith being uprooted from its present location (Ashram road in Ahmedabad) and shifted to a distant rural area, and rechristened as ‘Nai Taleem Siksha’.

Talking about Gandhi Ashram, where a redevelopment in the form of residential area is underway with investment to the tune of hundreds of crores of rupees, a Gandhian, requesting anonymity, expressed concern about a similar fate for the vidyapith.

“The same thing can happen with Vidyapith and it will lose its identity of simplicity,” he said.

In the name of making it self-reliant, the government grants to the institute will be totally stopped and hefty fees will be charged from the students, he added.

The students from financially weak or rural backgrounds will lose out on an opportunity to study in the Gujarat Vidyapith, leaving Gandhi’s dream of inclusive education unfulfilled, he said.

‘Expect the Unexpected’: Trailer of ‘Mister Mummy’ out

Why Siddhant Chaturvedi is scared of sleeping alone in a hotel room, read and know why? 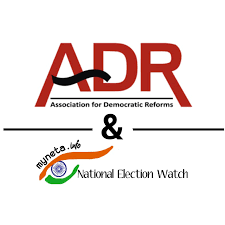