There is a touch-me and touch-me not whispering  over the Garuda Sthamba in Puri temple’s Natyamandap being covered with silver plates. A proposal is afoot but nothing is final.

The significance of the Garuda Sthamba is that, any devotee entering to worship the deities, they hug the Garuda Sthamba on two grounds. One is their devotion for the pious bird, Garuda, the Vahana of lord Vishnu and, the other is that, which perhaps has the mention in the records that, the said Sthamaba was made from the ashes of sandlewood.

Which, according to beliefs, has a tremendous impact on human body to help eradicate a lot of health-related ailments. Hence, each devotee loves embracing the centuries old Sthamba (or pillar) as a gesture of devotion and physical relief.

But, now, what worries the temple administration is the condition of the Sthamba which, according to reports, is suffering from steady but slow debilitation. That is a certain part of the pillar is getting thinner by constant rubbing of hands of devotees, stoking fears for the conservation of the unique pillar.

Hence the temple administration has decided to protect the Sthamba with a metal fencing and cover the Sthamba with silver plates to shave it from the constant touch of devotees. So that, the pillar can be safe from gradual thinning day by day.

But, the very concept has been entangled in a kind of debate as whether it should be covered or should not be.

Now, the issue is bound to travel through various bodies or committees for discussions before the administration arrives at a conclusion over the silver plating.

Built in the 12th century, the temple of Lord Jagannatha at Puri has the distinction of having two unique pillars, namely, the Garudastambha and the Arunastambha. In Sanskrit the pillar or a column is called a stambha and in Oriya it is called khamba. The objective of this paper is to throw light on the significance and historical perspectives of the pillars. Garudastambha Garuda, in Indian traditions is considered as the vehicle of Vishnu. Lord Jagannatha is considered identical with Vishnu and Krishna. Hence his Vahan-stambha is placed in the nata-mandira of the temple. The tradition of erecting pillars in honour of Vishnu goes back to 2nd century B.C.

Natamandira of the temple on the eastern side a unique Garuda stambha is located. In the first sight it looks like an ordinary stone column surmounted by a Garuda figure on the top. But on examination its shaft seems to be a remnant of a plant of a past geological era.

The total height of column along with the pedestal and the Garuda capital is about 10 feet. The height of shaft is about 7 feet. The column is not made up of an ordinary stone but a Salagrama stone. It is the largest Salagrama stone, unique in the fossil record of India. This Garudastambha, made up of fossil, is quite harmonious to the chaturdha-darumurthis on the ratnavedi made of salagrama stones. 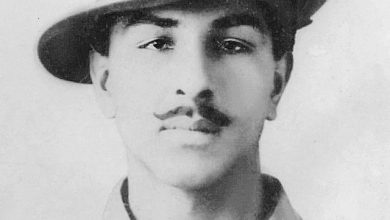 Tharoor on campaign mode: to visit Nagpur on Oct 1, 2 From pages of history: 5 near perfect Shakespearean adaptations!