New Delhi, Nov 16: After a two-year break, Magnetic Fields, one of the most distinctive festivals in the world for its fusion of traditional arts and modern culture, makes a comeback with programming that is both nostalgic for the past and forward-looking in its approach.

Launched in 2019 as a festival commission and residency, Fieldlines returns for a second round, this time featuring the Biate tribe, among the oldest hill tribes in North East India. Fieldlines: The Forgotten Songs Collective feat. Vinayaka & Biate is a collaboration between Magnetic Fields and Rest of My Family, a social-work-through-art organisation that set up The Forgotten Songs Collective with electronica producer Vinayaka.

‘Fieldlines: The Forgotten Songs Collective (Biate)’ is funded by Goethe-Institut as part of M.A.P // A.M.P, their multi-pronged programme which examines the intersection of music and activism in South Asia.

In the run-up to the festival, Vinayaka and the tribal musicians will live together at Alsisar Mahal as part of the residency and present a visual showcase on the Jameson Connects South Stage.

Ray-Ban Desert Oasis offers the star-gazing Bedouins their own stage every afternoon as they shake the nights’ sleep awake from their eyes and prepare for a new day of music and dance. For 2022, the Ray-Ban Desert Oasis will run for extended time till 5.30 pm every day with a vinyl set from Delhi-based independent record store Pagal Records, a special house set by Goa-based DJ Zionwolf and closing Sunday evening’s proceedings will be the UK based multi-genre juggler Chloe Robinson. Acts announced earlier include the highly-regarded Amsterdam-based DJ and producer Young Marco and Girls Night Out & Friends featuring Delhi-based selectors Girls Night Out, DJ Pants and Bast.

Seoul-born Berlin-based party starter with the fabulously irreverent name, DJ Fart in the Club is considered to be a master of a deep, emotive side of club music with a rhythmic restlessness sets her apart from her peers, and will play at the Ray-Ban Afterparty at a secret location during the weekend. Setting the tone for the night will be fast-rising party starter DJ Electroson.

DJ Masda is a much-admired Japanese selector for his signature sound of deep house techno that comes with a diverse track selection. He will make his India debut at BUDxYARD alongside NYC imprint boss and a figurehead of the New York dance community DJ’J. Already announced names include Bristol-based DJ and producer Batu and London-based selector Sherelle whose no-holds barred blend of footwork and jungle has made her one of the hottest names in dance music today. Joining them will be another fan favourite Dreamstates, and DJs like Anushka, Prismer and STAIN.

Disco Arabesquo, an Egyptian Amsterdam-based DJ has made it his life’s mission to unearth vintage Middle Eastern music gems and will bring his vast collection of Arabic sounds of the 70s, 80s and 90s Middle East (South West Asia), North Africa and its diaspora to the Jameson Connects Dungeon for a special extended set.

A multi-disciplinary space that transforms from a storytelling tent in the day into a disco-ball dancefloor, The Peacock Club will host a showcase of ambient, noise and leftfield artists from Social Isolation, a label formed by Kolkata-based polymath Varun Desai during the lockdown. Artists part of the showcase include producers Shantam, Pale Blue Dotter, Subhas Mazumdar, Subhojyoti Sen Sarma, Hybrid Protokol and Spiralynk.

Folk music showcases featuring the vibrant music of Rajasthan at the festival have always drawn an appreciative audience, made up of travellers from India and around the world. For the 2022 edition, a mega contingent of folk artists featuring a diverse group of instruments will regale attendees on the palace rooftop at dusk. Ustad Hakim Khan and Bairiyam Khan will play the kamaicha, while Jameel Khan, Mehboob Khan and Adreem Khan will handle vocal duties alongside Kutla Khan on dholak, Alseev Khan on suranda, Ugam Dhan ji on veena, Harkha Khan on matki, Khambhira Khan on murli, Idu Khan on Sindhi sarangi, Sikandar Khan on algoza and morchang and Kutle Khan on manjira.

The festival, like every year, will be limited in capacity, and promises to be an immersive, sensorial adventure unlike any other on the Indian circuit.

The theme for 2022 is reconnection with the Magnetic Fields family of friends and fans, front and centre of it. Discovery to air ‘The Journey of India’ 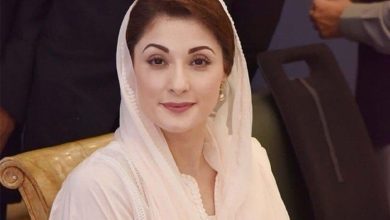